taoboy Posted on Posted in challenges, te No Comments 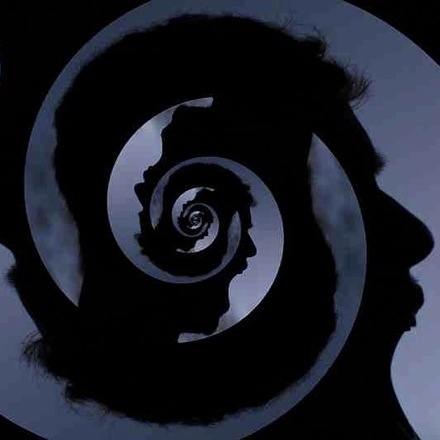 A friend spoke with me about beginning therapy. They were about to embark upon an intense course of counselling, over a long period of time.

I shared some thoughts on the purpose of the ego and its tenacious abhorrence of change.

My understanding of personality is incomplete, and in many ways what I share with you now are only stories that give me a sense of understanding.

I don’t know if Freud’s constructs of the superego, ego, and id have been disproved recently, but I certainly appreciate Jung’s development of personality theory.

The ‘I’ we use to refer to ourselves does not exist; if I am my thoughts, then how can I be my thoughts as well as being the ‘I’ that has them? Being itself is a misnomer. I’m what I do, not what I be.

An individual is made up of, I find, many, many constructs, including desires, urges, fears, ambitions, self-serving lies, perceptions, assumptions, heuristics, et cetera. This mass, this tangled web, moves in some direction overall, even if the parts do not agree. When this mass makes a choice, or takes an action, the loudest part shouts ‘I did this’ and so the mass accepts that it did it, that ‘I’ did it.

It is the ego’s job to smooth over the uncomfortable gaps when the parts disagree or a schism threatens the sense of personality. The ego defends the personality mass and retrofits reasons to ‘out of character’ behaviours.

I told my friend that the therapy they were undertaking would challenge their ego, threatening their sense of self, and so their ego would defend itself in one of two ways.

The first way the ego defends the sense of self is to deny everything, to deny change.

The observations and guidance from the counsellor will be rejected, probably because they’re ‘blatantly obvious’ and you ‘already know all that’. Counselling is a waste of time, the guidance is patronising, and the counsellor doesn’t say anything new. Humour and / or anger may play a part. Ego defends; ego wins.

The alternative, or sometimes the second line of ego defence, is total acceptance.

You enjoy an epiphany! The counselling is opening up a whole new ‘you’. The guidance is tough, but sensible. You can clearly see how the ‘past you’ made mistakes, and how you’re a better person now. You feel lighter and brighter. Ego defends; ego wins.

What? Well, the ego has sensed a threat and acted to avoid damage. Accepting that you’ve been in the wrong in the past isn’t so painful if you’re convinced you’ve moved on from being ‘that person’. This is all about dealing with the past, not the present, not the ‘you’ of today.

Loved ones will be thrilled that you’re getting so much out of the therapy, they won’t be disappointed like they might have been with the denial and rejection. So loved ones will confirm (to your ego) that you’re on the right path.

It’s the ego trap. Instead of changing, it creates a construct – a sense of maturity to assuage your need to change. The ego becomes stronger.

The tragedy is that discerning the difference between ‘undergoing’ therapy and merely defending against it via acceptance is incredibly difficult.

I can only offer the thought that immediate therapeutic benefits may be important (crisis counselling), but it’s the long-term effects that demonstrate whether internal alchemy has taken place.

Either approach is difficult, I believe, in cultures that value individualism, and perhaps a shade more acceptable in societies that value co-operation.

Both approaches have their own abysses; there will be false dawns for anyone who wishes to tame their ego and develop their shen and te.

Tagged with: ego, self